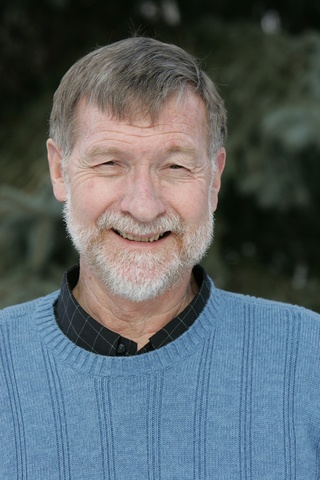 As a teen, Joel Thurtell managed a Grand Rapids Press paper route and worked as a printer's helper at his hometown Lowell (Michigan) Ledger. That was the only journalism training he had. In 2007, Thurtell retired after working thirty years as a reporter with the South Bend Tribune and the Detroit Free Press.

In his journalism textbook, Shoestring Reporter, Thurtell wrote that the best reporters are those with a broad range of experiences. He lives by that standard. He has been a congressional aide, printer's helper, grapevine trimmer, rural letter carrier, blueberry picker, foundry grinder, onion harvester, taxicab driver and Yellow Cab owner, repairer of rare books and dealer in antique ham radios. He was a Peace Corps volunteer in Togo, West Africa.

Shoestring Reporter's subtitle is How I Got To Be A Big City Reporter, and How You Can Do It Too!  It's a manual on how to become a journalist without formal training and hold onto your intellectual independence.

Thurtell's novel, Cross Purposes, was published by Hardalee Press. It's a primer on hubris, arrogance, prejudice, greed and ambition as driving forces in the news industry.

Thurtell learned the reporting craft by stringing for the South Bend Tribune, The Detroit News, The New York Times, Detroit Free Press, The Indianapolis Star, and the Grand Rapid Press. He was editor at the Berrien Springs Journal Era, staff writer for the South Bend Tribune and Detroit Free Press. He has written articles for The Progressive, National Fisherman, Planning Magazine as well as technical-historical essays about amateur radio for QST, CQ and Electric Radio. He wrote many essays about restoring and sailing old wooden boats for Lightning Flashes. Plug Nickel  is a collection of his wooden boat essays published by Hardalee Press.

At the Journal Era, Thurtell's report on a probate court's bizarre release of a youth charged with rape won an Advancement of Justice Award from the State Bar of Michigan. After his release, the boy had raped and strangled a teenage classmate.

Thurtell received an award from the Michigan NAACP for his 1985 Detroit Free Press report, "Being Black at UM." The subject was racism at the University of Michigan.

Thurtell's Detroit Free Press exposé of a "creative" bond scheme that piled huge debt on Michigan schools prompted the Legislature to ban that form of financing known as capital appreciation bonds, and the Michigan Education Association awarded him its School Bell Award. In 2012, Thurtell repeated his bond exposé, but this time the subject was super-high interest rates on school bonds in California, and his news outlet was his own blog, joelontheroad.com. He writes his blog from a spare bedroom in his Plymouth, Michigan house. His blogging ignited coverage by first California and then national media and prompted the California Legislature to place limits on capital appreciation bonds.

Joelontheroad.com was named "best example of an independent blogger raising hell" by the Metro Times in Detroit.

Wayne State University published Up the Rouge! Paddling Detroit's Hidden River with Beck's photos and Thurtell's text. Up the Rouge! was a Library of Michigan Notable Book in 2010.

In 2011, the journalism faculty of Wayne State University named Thurtell "Journalist of the Year."

Thurtell is working with his databases from Mexican church records. His article, "Gender-Differentiated Tarascan Surnames in Michoacán," was published in the April 2018 issue of the Journal of Interdisciplinary History. He is writing a book about his findings and the unique methodology he developed for detecting anomalous human behavior in quantifiable historical records.

Thurtell recently finished his novel based on his experience as a 17-year-old placed in a German household headed by a diehard Nazi.